Date Line: Beyond The Triangle

Were it not for the Herculean photographic efforts of Bermudian Scott Stallard remote parts of our world would perhaps remain little known to us. Like the wild terrain of Antarctica or the mysterious, forbidding life in Iran, his most recent and favorite trip.

“Iran was memorable for its people, (and) its 5000 year history,” said Stallard, who spent 15 days traveling 1000 miles across the Islamic republic.  Perhaps, surprisingly to many, he felt completely safe and enjoyed incredible hospitality from everyone he met.

“This planet has some truly inspiring and outstanding places and it is our duty to see  them, “said Stallard.  What’s more he says, “I, of course, like to document them for the benefit of those who may never get that chance.”

And lucky for us that he shares what he sees. Stallard’s personal photographic library numbers over 350,00 images.  He accurately describes himself as a travel and expedition photographer of people and culture.  “If I shoot landscape, ” said Stallard, I like to have definite hints of organic life, clouds on the horizon or some aspect to create mood and emotion. Without the emotion quality in the image, it will end up in the bin or deleted these days!”

The draw to these remote parts of the world is strong for Stallard. He admires the work of fellow photographer Sebastiao Salgado who, like Stallard, ventures to places that are still in their most pure form. Untainted by industry, politics or even climate change.

It was when Stallard first saw Salgado’s pictures of Antartica that he became inspired to travel there.

“Funny but the Salgado image of the iceberg is one of the best shots in Black and white I have ever seen of Antarctica,” said Stallard “and was in his book ‘Genesis’ which I bought before deciding it was time to go see Antarctica. Spending time in Antarctica and South Georgia beats a trip into space as far as I’m concerned.”

Now no place seems off limits to Stallard no matter how far away.

“We assume New Guinea, Iran, North Korea and Kyrgyzstan would be dangerous to visit,”says Stallard, “but really they are magnificent to see first hand. Difficult, maybe, but the people all want the same thing we do. It’s just the leaders that let them down.”

Self-taught, Stallard began his photographic journey at 8 years of age when his parents gave him a KODAK FIESTA. He practiced on the beautiful landscapes of Bermuda and honed his sense of color on the lovely hues of the island’s sea and sky. He not only used photography as a means of artistic expression but as a cure for an unusual medical problem as well.

“I often photographed for documentary reasons and to bolster a memory problem,” he said. “After a severe blow to the head at 18 playing rugby at school in England, I felt a loss of long term memories and thought it important to document, by way of photograph, interesting things to help cement the memories from then on”.

His documentaries lead him to film maker and Bee Gees producer Robert Stigwood who taught him a valuable lesson. “ I learned much (about) what people want and are captivated by and the need to go the extra couple of miles.”

And so he does.

Stallard’s next trip is to Kamchatka. “Which I will leave to you to Google, “he says.

Kamchatka is a 776 mile-long peninsula located in the far eastern portion of Russia. It is often described as  the “Land of Fire and Ice” because of its of arctic tundra, volcanoes, geysers, hot springs and an acid lake. Probably not your choice for a fine vacation, but, luckily for us, it is Stallard’s.

“I have tried to experience the the wildest and hardest places while I still have the requisite energy,’ he says. ‘I’m saving Paris for when I’m 80!” 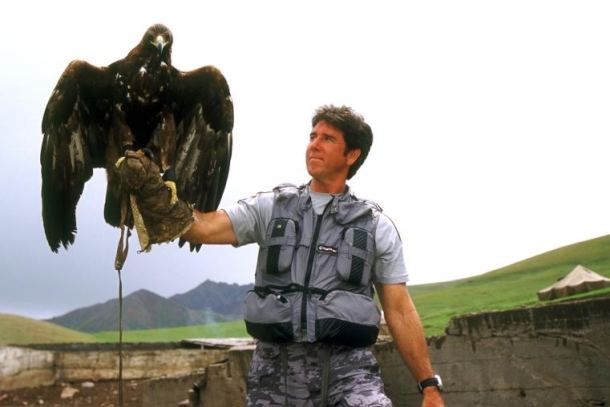