Date Line: Beyond The Triangle 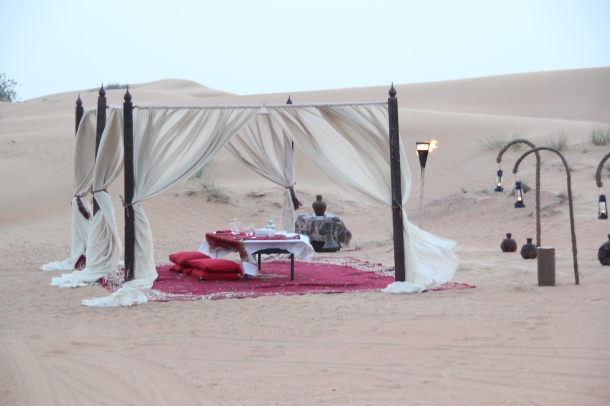 “Are you having an affair, ” is the question I always ask my husband when he does something exceptionally nice for me like he did this Valentine’s Day.

We are in the Persian Gulf and dining in the desert as we make our way round the world.

On the menu were: Dates, stuffed flatbreads with goats cheese, lamb, chicken barbecue, traditional Arabic meze, hummus, but of course no pork. I have gone completely local when it comes to food on this trip. It is part of the excitement of being somewhere exotic.

We arrived in the desert by camel for our date. Her name was Bunny. Camels are an iconic image in Arabia. Both in the desert and on the track where The Emiratis race them. But with Bunny we simply had a stroll.

I don’t think my husband is having an affair. But if I find out he is I shall write her with thanks, and tell her she is having an excellent influence on him and encourage her to keep up the good work.

Bunny was a delight except when she tried to nap along the way to dinner and her handler, embarrassed by her behavior, scolded her more than once. 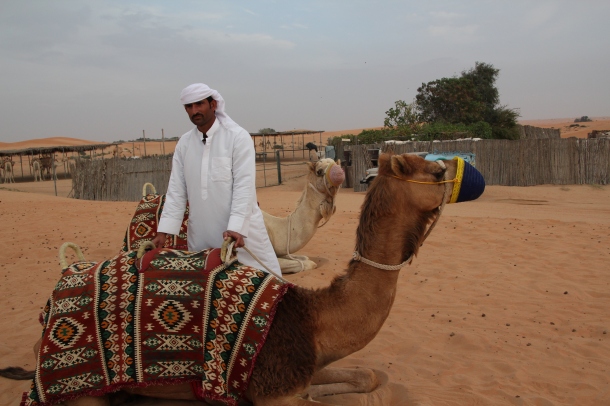 Dinner was wonderful except for the winds mixing in a bit more sand with the lamb than we would have liked.

I am indulging in every exotic food experience I can with the possible exception of camel, of course, in deference to Bunny with whom and I have formed a solid bond created during our all too brief desert sojourn together. I would like to take her home with me. And methinks she would like to come as well. 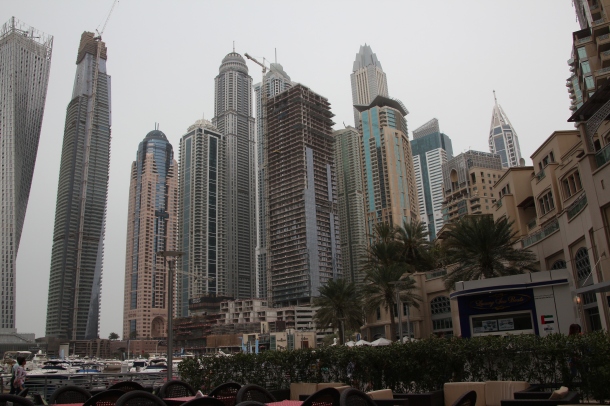 Our guide for a half day of touring which included the old town of Dubai was from New Zealand. Her husband is a pilot and came here some 16 years ago with a crush of other excited professionals lured by this dazzling city, and its gleaming towers, fabulous food, the largest high-end mall in the world and international clientele. She tells us that unlike Abu Dhabi which neighbors Dubai, Dubai attributes only 5% of its revenue to oil production. In Abu Dhabi it is 95%.

So tourism is the ticket in Dubai and they invest 100 percent of their energy into it.

Most of those in the tourist and hotel trade hail from India, Pakistan, and the Philippines. They are not Arab. A blessing. Although gloriously exotic looking in their white robes and head dresses the men seem particularly dour. But that may be due to the sexism that still pervades here despite its seemingly sophisticated overall character.

Unlike in Bermuda where it would be considered rude to pass a person on a street without saying hello or at least making a gesture of greeting there is no idle chat between we western women and them and certainly no touching. Even handshakes are verboten. 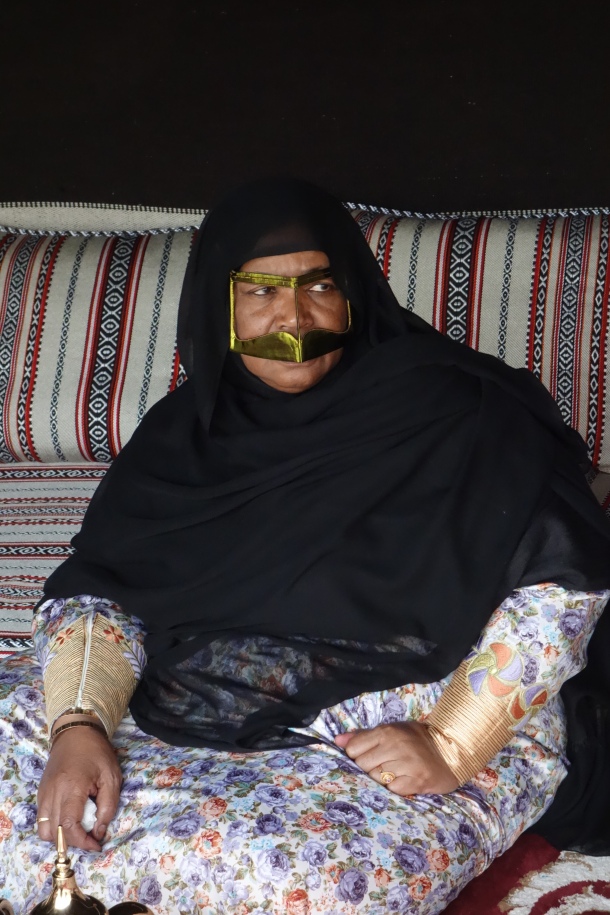 That said, Dubai is very progressive compared to the 6 other members of the United Arab Emirates. So this was a gentle introduction for us into the Arab way of life. We seem more different than the same, but isn’t that always the way in the beginning?  There are so many foreigners living and visiting here and the differences make for an interesting contrast and lesson in multi cultural harmony.

An appreciation of each other’s cultures should grow relations rather than erode them. The Muslim culture is a rich one despite the bad press that militants give it. If they resist change, so be it. It’s their home.

Why visit an exotic country if you only want to see people like yourselves?