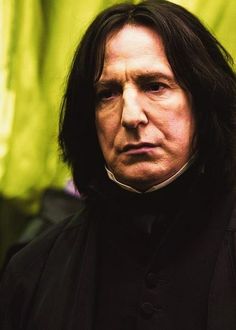 Can you ever get used to the idea of death?

With the recent and sad passing of such talented Brits- actor Alan Rickman and musician David Bowie- I am becoming accustomed, in a way, to news of people dying. And as the nature of death, like life, is so repetitive, I naturally, await the next announcement.

It did not take long.  Within a week of Bowie’s and Rickman’s deaths tragedy struck singer Celine Dion with news that her husband had died.

In addition to the grieving these funereal occasions create they may also offer us something more. It is perhaps a kindness that life frequently reminds us that it does not exist in isolation, but rather in tandem with its less welcome twin. And at a certain age we all start to get used to expecting the arrival of the grim reaper. Which may better prepare us for our own demise or at least what happens before that.

There is, of course, sadness when a loved one passes. Yet the occasion is often accompanied by a secret feeling of relief that today was not our day to die, and recognition that our time on earth is finite and that perhaps we should start facing frightening but realistic facts head on a little earlier in life, so that we might, for instance, write our wills or get our affairs in order so as not to burden our families after we’ve gone.

Death news can serve as a motivator in human relations too. You don’t have forever to make up with an old friend, learn French or travel to Bhutan. Death CHASES us.

Like Rickman, my beloved Father died of pancreatic cancer. But throughout his life and even after his diagnosis he took profound pleasure in living, flying to Paris with my Mom and insisting on a martini at the Ritz the day he was released from the hospital. Understandably, not feeling up to par, he didn’t really enjoy the drink that day, he said, but he did love being able to resume a pleasure which for him marked a return to normalcy.

“Did you know Joe Roche?” a good reporter friend of mine asked the other day. “No,” I said,“Why?”  Already knowing the answer. “He died,” she said. The assignment editor at Channel Five in Boston was only 50 years old. His obituary noted that he had left 4 children, a wife, many friends and a successful career behind.

In the Paris Review, Margalit Fox was asked what it was like to write obituaries for the NEW YORK TIMES. Could there be humor or an upside to the process she was asked. “The obits section is quite misunderstood,” she remarked. “ People have a primal fear of death, but 98 percent of the obit has nothing to do with death, but with life. There are maybe two sentences in there about when or where the guy died and with the rest, you let the person’s life guide the treatment. We like to say it’s the jolliest department in the paper.”

“My view is that life is too short,” said the English fashion model, social activist and freelance journalist, Saffron Aldridge. “I’m not being melodramatic or anything, but when your mother dies in your arms – just you and her, and it’s one o’clock in the morning, and you’re waiting for her to exhale – you just think, life’s too bloody short to argue about the little things.”

THE HUFFINGTON POST writes about the 6 Things Obituaries Can Teach Us About Living Better. “Bryan Marquard, who has written obituaries for The Boston Globe, (and who) wrote a post on the many lessons he’s learned in the course of writing about the lives of 800 people,” said “one of those lessons is as simple as it is urgent: Act Now.”

Marquard said “because I think about death a lot, I realized last year that if I live exactly as long as my father, I have 25 years left. That epiphany, along with other factors, led me to move from Greater Boston to a small town in Vermont,” Marquard wrote. “It’s a long commute to the Globe, but I love where I live. Take it from an obituary writer: Don’t put off what you’ve always wanted to do.”

In the same article, “Obituary writer Laura Huber probably offered the best expert advice one could take from any obituary worth reading:  “Live a life worth writing about.”

I have often thought at the funerals I have attended how much the deceased would have loved hearing in life all the lovely things people said about them in death. A good reminder to say those “somethings” today when the subject of your speech can actually appreciate them.