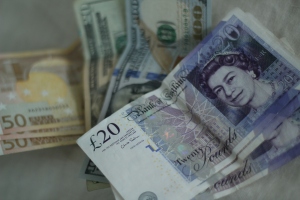 The most embarrassing thing you ever did at work was probably not the most helpful to your career, but the risk of shame didn’t hold you back from, let’s say, dancing like a stripper at the office Christmas party, did it? As you and humiliation are already well acquainted it shouldn’t be a stretch for you to risk additional emotional discomfort and do what a member of Parliament has suggested which could actually enhance your career.

“I think sometimes there’s something very British in our culture where we don’t talk about money,” Liberal Democrat Jo Swinson, the Women and Equalities minister, told the London Telegraph “ and I think that is one of the things that holds women back,” she said. “If they (women) realised that they were earning significantly less than male colleagues at a similar level that might be the catalyst they need to ask for a pay rise.”

Minister Swinson says women should march right up to their male counter-parts and ask them point black, “How much do you make?” “It’s not like everyone’s going to be comfortable about that,” says Minister Swinson, “but trying to create a culture where people are open about these things can only help.”

It is impossible to expose and combat gender discrimination without financial facts, which are infuriating to say the least. The wage discrepancy between men and women exists throughout every state in the union in America and in every industry operating there, according to The American Association of University Women. The AAUW, which supports equity and education for women says “The pay gap has barely budged in a decade. In 2013, among full-time, year-round workers, women were paid 78 percent of what men were paid.”

It was 20 years ago when I got my first taste of gender discrimination.  I had been hired as the primary, 5-nights a week, “A” slot anchorwoman at a local television station in Boston. A male friend of mine performed the same job, but only two nights a week, during the week-ends, which is considered the “B” slot. Imagine my shock when I learned (from whom I cannot remember) that he was making more money than me.

I marched into the news director’s office and demanded an explanation for this sexual discrimination. He was shocked by my use of the “d” word. “You know I respect women,” he said earnestly. “You know how much I respect my wife,” he added.
I don’t care if you respect me,” I said. “I care that you pay me.” What followed was a light hearted suggestion by me that this “respectful” wage discrepancy story might be of some interest to the local newspapers. I got my raise.

That lesson also helped me a couple of years later while I was negotiating a contract with another broadcast station. This one in radio. I didn’t know what people were paid in that business so my Dad suggested I ask my co-anchor what she was making. Yes, she was a woman but I have found that sometimes inequality knows no gender boundary. You will be offered, perhaps what you’re worth, but certainly as little as an employer thinks he can get away with. True to the minister’s suspicion, I wasn’t brave enough to ask my colleague directly about her salary. So, I took a different approach based upon the idea that if you show a willingness to share something private about yourself, that may be incentive enough for someone else to do the same.   “I don’t want to know how much you make,” I told her. “But I’d like to tell you how much they have offered me and then you can say if you thought that was enough. “No,” she said, without hesitation. “Ask for 20% more.”

Get your courage up, open your mouth and ask the question. What’s the worst that can happen? You get a raise?