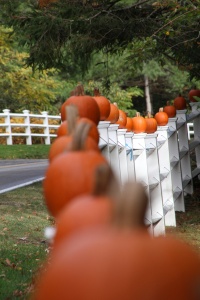 Once Fall arrives and the chill hits the air I get a bit melancholy, my natural optimism flags a bit, and I think what folly it is to believe we have much control over many things. For instance, the change in seasons happens without our permission and with absolute regularity. A friend just said to me, right after Labor Day, “It is as if someone has pulled a shade down on the whole Cape. Crowds disperse, traffic lets up, reds and oranges replace greenery and although it is more peaceful here it also feels a bit more lonely. Adjusting to the changing seasons and appreciating their value rather than their inadequacy is akin to accepting the aging process and finding happiness in those new things that are possible rather than brooding over more youthful matters that are now beyond us. “Never look back” is a very wise directive. It can only bring regret. That’s not to say that a quick peek at history cannot be helpful, enriching or even pleasant. But the only thing that matters is today. And after that, tomorrow. Recognizing that is something we do have control over. I just watched the movie La Grande Bellezza (The Great Beauty) which is a sumptuous film about a a stylish Italian who upon turning 65 is forced to take stock of his life and how he will live the rest of it. I was delighted that most of the cast was close to my age. And they all looked great and sexy and alive. A bit war weary, but why wouldn’t they be if they had, so far, lived an interesting life. 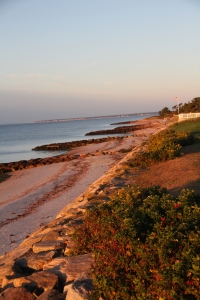 Every year at around this time I use to jump in the back seat of a huge Rolls and ramble with my parents through Cape Cod, New Hampshire or Vermont to admire the foliage and eat delicious hearty food in front of fireplaces at The Equinox or the Woodstock Inn. Since Poppy passed, we have not done that. It would not be the same. It could be better. But I think not. Those trips were about us. Best to change it up and head to warmer climes or simply make different memories.

Most people mark the passage of time by their children. As I have none of my own, I tend to use seasons or past boyfriends as my barometer. 7 summers in Bermuda reminds me that it has been almost a decade since I have lived full time in Boston. Fall is so beautiful in New England, but I dare say, Spring and Summer and all the possibilities they promise still hold more joy for me than the endings that Fall and Winter suggest. (Christmas is the exception. It is always magical.)  Still, I can see why people head South in the winter. The sun stays out longer. People mill about more outside. There’s more optimism. Be careful what you hope for though. I remember working in broadcasting and having to get up at 3:00 in the morning to work a radio show and raging against the dark vowing that “I would not spend another winter in Boston getting up and going to sleep in the dark.” And as if the gods heard me, they complied I was promptly fired. That wasn’t the plan, but funny how things work out.  I went South, and eventually found love and a new life. Yes, Fall in New England is beautiful and contemplative and peaceful. It’s like the 3rd season of the year is putting its brakes on preparing for the full-stop of winter when a slower but more introspective part of the year begins. I’m not prepared to stop yet, but perhaps just ready to rest awhile and try different things until the beaches open once again. 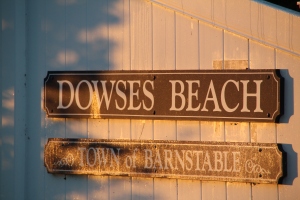